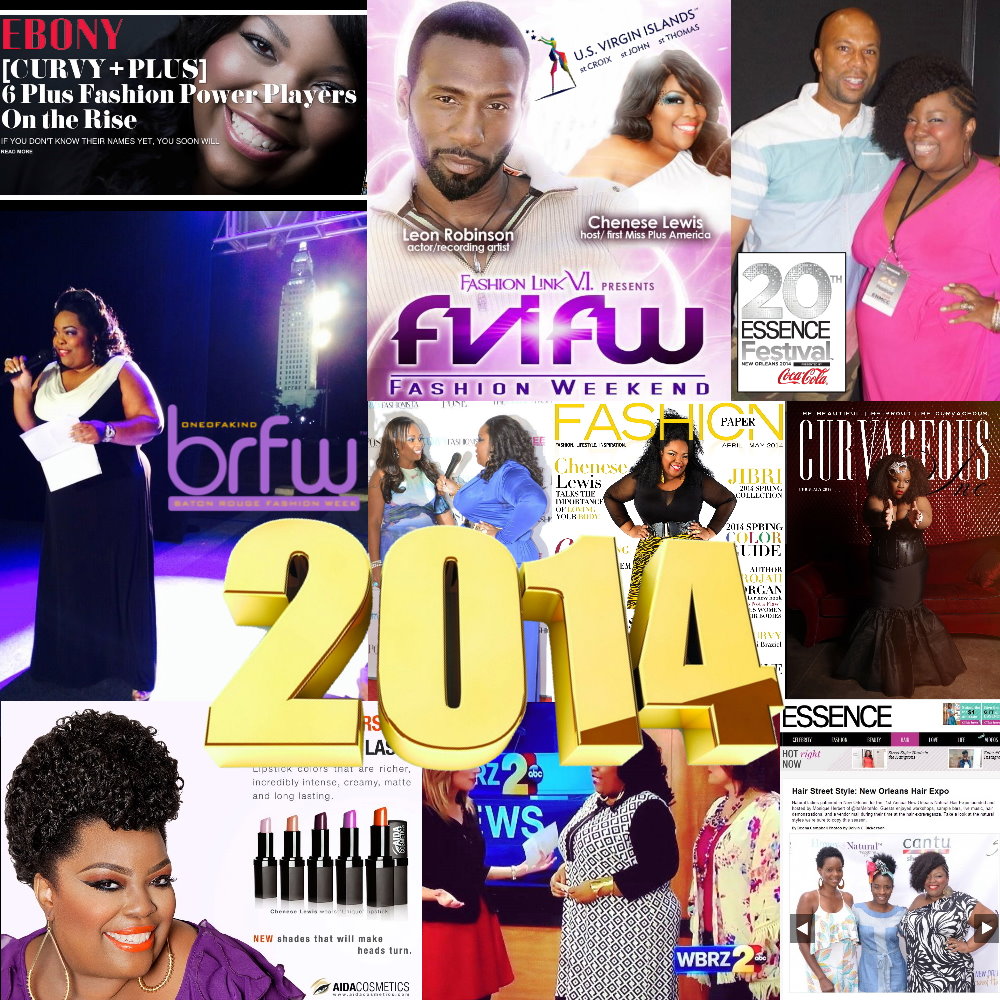 This year proved to be one of the most challenging for Chenese, from an ill parent, which resulted in her abrupt move across country in distress, to fighting a life-threatening condition called Septic Shock in the ICU on life support. However, these setbacks did not deter Chenese from achieving success in 2014.

Ebony.com recognized Chenese’s ever-lasting impression on the plus size industry by naming her one of “The Top Six Plus Fashion Power Players in the Plus Industry” for her direct connection and extreme passion for the plus community. She also received a nomination for “Best Plus Entertainer” for the 2014 PNO Plus Awards!

Chenese’s ability to engage her audience, her quick wit, and relatable disposition lead her to host a variety of fashion events in 2014. She returned as the official red carpet host for The Curvy Fashionista Blogiversary in Club Nokia’s VIP Lounge at L.A. LIVE in downtown Los Angeles. She also served as host for Baton Rouge Fashion Week and made media rounds throughout the city of Baton Rouge to promote on outlets such as WBRZ News, and was introduced to the local fashion community. She traveled abroad to the U.S. Virgin Islands to co-host FashionLink VI Fashion Weekend with Emmy nominated actor Leon Robinson in St. Croix and co-hosted the Meet The Queens Fashion Show, which served as the kickoff event for The Official Plus USA Competition at the historic Seattle Center.

Slowly becoming a recognizable personality within the natural hair community as well, she was the keynote speaker for the H2BN 3rd Annual Natural Hair & Health Extravaganza and hosted the New Orleans Natural Hair Expo which was featured on Essence.com.

The Chenese Lewis Show returned to the Essence Music Festival in New Orleans for the fifth year on Radio Row where she interviewed celebrities such as Common, Jasmine Sullivan, Trina and Towanda Braxton, Derek J, Kelly Price, and many more. She also took her self-titled podcast to New York Fashion Week for Plus Night Out and interviewed top designers and models in the plus industry. In addition, she continued to be a contributor on HuffPost Life on a variety of topics.

This year Chenese became more acquainted with the South with successful Meet and Greets, one in Houston, TX presented by Pinkk Mango, Diva Amour Boutique, and K Loft Boutique another in Lake Charles, LA which was presented by Curves R My Movement. Chenese was also a part of Liris Crosse’s Life Of A Working Model Boot Camp all-star panel of experts in Atlanta.

Aida Cosmetics renewed Chenese as the face of the Confidence and Glamour Campaign and launched new ads for Spring 2014 which appeared on Ebony.com and various media outlets. Chenese’s face also graced the February cover of UK based magazine Curvaceous Inc., the April/May cover of Fashion Paper Magazine, and she is scheduled to appear on the cover of HoneyBeNatural Magazine slated to release at the end of December.

Chenese ends 2014 as a survivor with a stronger sense of faith, family, and a new view on life! Exciting things are already scheduled for 2015, make sure you visit www.CheneseLewis.com often to stay up to date!