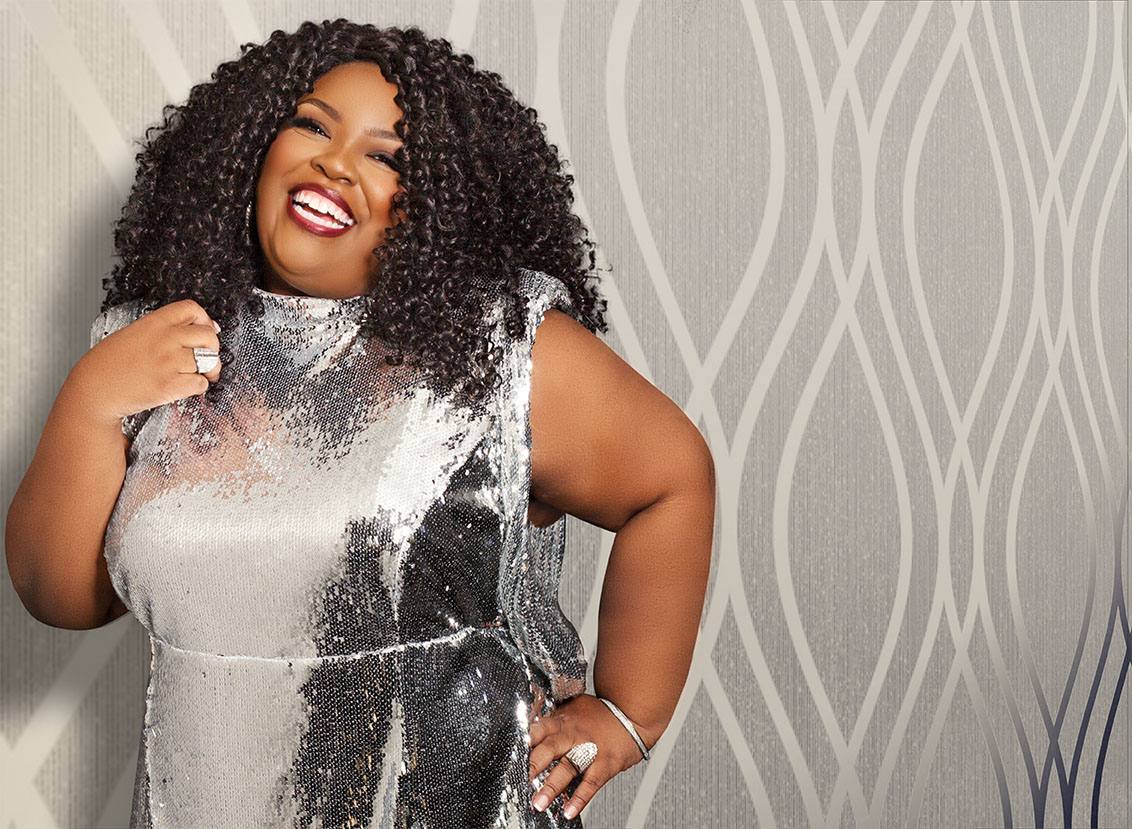 Chenese Lewis is the epitome of a sophisticated woman entrepreneur and entertainer who has gained international attention as a highly sought-after keynote speaker, expert commentator, as well as a positive body image and self-esteem advocate.

As an emcee and host, Chenese’s ability to engage her audience, her quick wit, and relatable disposition makes her an in-demand host for major fashion and beauty events. She has hosted large-scale fashion events during New York Fashion Week, Los Angeles Fashion Week, and abroad in the U.S. Virgin Islands. Chenese’s style and eloquence help elevate events to unparalleled levels of success.

Chenese made history by being the first crowned Miss Plus America in 2003. She has worked with various national brands in different capacities, such as modeling for Torrid and being the Coast-to-Coast Curves Spokesperson for Ashley Stewart. A guru in the plus size industry, Chenese has appeared as an expert on Dr. Phil, Huffington Post Live, and quoted in USA Today. In 2020, Chenese was dubbed “One Of The Original Plus-Size Influencers” by FORBES.

Making a splash in the mainstream market as well, she graced the cover of VICE Magazine UK’s 10th anniversary issue, a publication distributed worldwide, and posed for the popular celebrity-driven NOH8 Campaign. In 2015 Chenese was honored by Baton Rouge Fashion Week with the Fashion Icon Award recognizing her outstanding achievements as a fashion trailblazer from Louisiana.

Along with fashion, Chenese is also a trailblazer in the podcasting field. In 2008 she introduced The Chenese Lewis Show, the first podcast for the plus-size industry. For over a decade, the groundbreaking podcast has helped to amplify the industry by featuring in-depth interviews with national brands, notable influencers, and celebrities. Recognized as a respected media outlet, the show has been quoted in the Chicago Tribune, featured in Podcast Magazine and the Podcast Business Journal for being a successful podcast in a niche market. Ebony.com stated, “The Chenese Lewis Show is an important voice in plus size fashion, providing a platform and outlet for those who are making moves within the community.” In 2010, Chenese was accepted as a media correspondent for the Essence Music Festival and participated for five years interviewing mainstream celebrities during the festivities including Boyz II Men, Gladys Knight, and a host of others.

As a philanthropist, Chenese has been a national spokesperson for several organizations, to help raise awareness for charitable causes and shed light on prominent issues. She served as President of the National Organization for Women Hollywood Chapter (Hollywood NOW) for two years and produced Hollywood NOW’s “Love Your Body Day” event for six years from 2006-2011. The annual event to promote positive body image was officially sponsored by the City of West Hollywood. In 2010, the promotional campaign for the event, where she posed nude with America’s Next Top Model cycle 10 winner, Whitney Thompson went viral internationally and magnified Chenese’s role as a leading positive body image advocate. Media outlets worldwide covered the campaign, including E! News, Extra, and People.com.

Chenese has also been praised as an actress for her work as a cast member on B.E.T’s “Hell Date,” which was one of the most popular shows in BET history. The show allowed Chenese to showcase her impeccable improvisational and comedic skills, and kept millions tuning in weekly. Besides television, she also has credits in film, commercials, music videos, and theatre.

Chenese is frequently booked for lectures at national workshops, seminars and universities around the country. The National Eating Disorder Association’s Teen Summit and University of California, Davis’ “Celebrate Your Body Week” benefited greatly from hearing her unique perspective. Chenese also served as a commencement speaker at The Art Institute of California in Hollywood.

The Louisiana native is the Chief Creative Officer for Chenese Lewis Productions, LLC, a media company she established in 2007.

Chenese genuinely embraces who she is, inside and out, and it shows every time she steps into the spotlight. Chenese attributes her success by not conforming to society’s ideals of beauty, but rather showing by example that you can be beautiful and confident regardless of your size. Considered an icon within the plus size industry, Chenese shows no signs of stopping her ambitious efforts anytime soon.