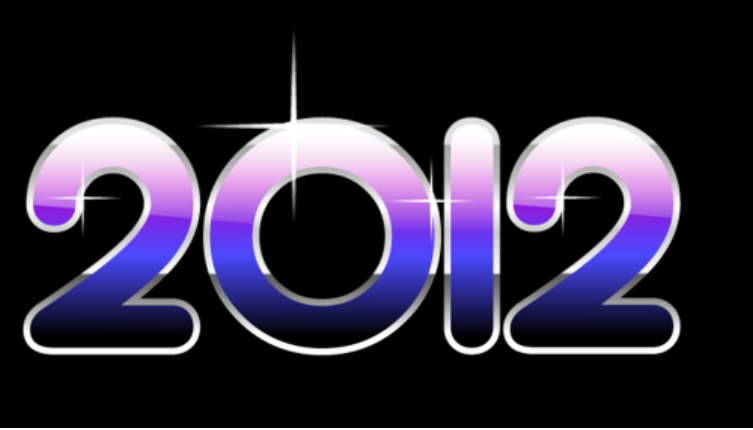 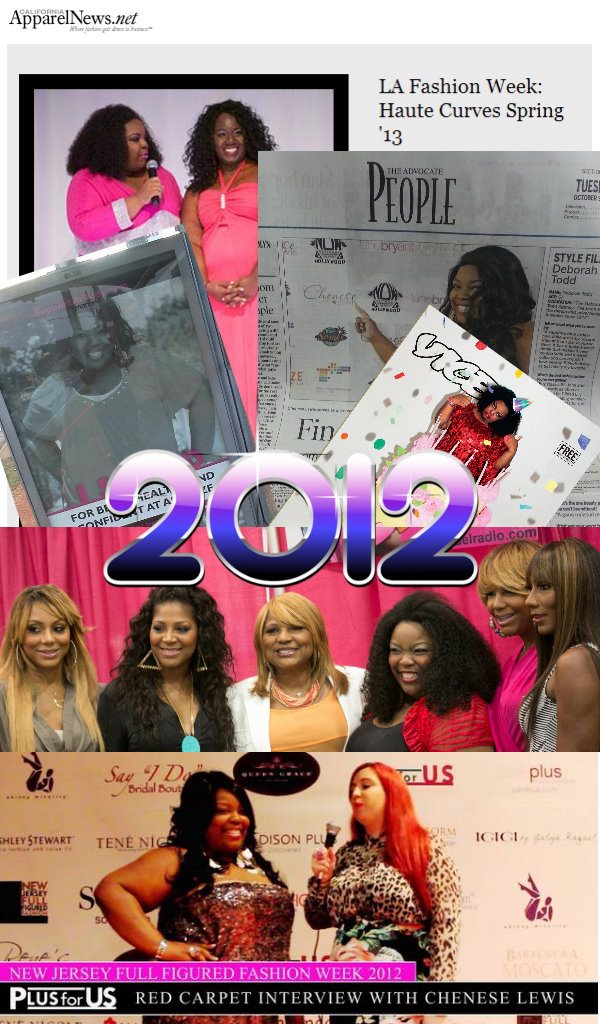 Chenese was a part of history during LA Fashion Week by hosting the first ever plus size fashion show at the Los Angeles Convention Center.  HAUTE Curves- LA Fashion Week, presented by Elite Curves International (ECI), showcased independent designers that catered to sizes 12 and above. The event was covered by Apparel News, a top trade publication which covers LA Fashion Week and sponsors Mercedes-Benz Fashion Week.

LA Fashion Week wasn’t the only groundbreaking event Chenese was involved with in 2012, she co-hosted the first annual Curves Rock Fashion Weekend in Baltimore, was a special guest at the first annual Washington Plus America Pageant, and served as the red carpet host for the very first Curvy Fashionista Blog Anniversary Party in West Hollywood!

But the full figured fabulousness didn’t stop there! Chenese went to Bally’s Hotel and Casino in Atlantic City to be a special guest at the star-studded New Jersey Full Figured Fashion Week which featured performances by top artists such as Miguel, Musiq Soulchild, Eric Benet, and Melanie Fiona!  She also headed to Memphis for a Meet & Greet at the Dean of Fashion Boutique and for the 10thAnniversary of the Miss Plus America Pageant with a wardrobe fit for a queen provided by Evans!

Chenese’s activism continued in 2012 in the areas of positive body image and empowerment as the host of The National Organization For Women’s Love Your Body Tweet Chat for NEDAwareness Week and her blog CheneseLewisBlog.com was named #1 on the “Top 50 Self-Acceptance Bloggers” list by About Curves Plus Size Lingerie. Chenese served as the Los Angeles host for the G.U.R.L.S Rock Leadership Summit and returned as the moderator for the 2nd AnnualPositive Results Stop The Pain, Teen Summit on Dating Violence and Bully Prevention at the Los Angeles Convention Center. In addition, she participated in the Georgia Billboard Project, a grassroots project where six billboards and ten bus shelter ads went up in Georgia in response to a hateful campaign.  Chenese’s ad appeared on Convington Highway in Decatur stating “I Stand for Being Healthy and Confident at Any Size!”

Notable guests on PLUS Model Radio in 2012 included supermodel Carré Otis, Frenchie Davis, Syleena Johnson, the cast of Nuvo TV’s Curvy Girls, and designers such as Rachel Pally, and Edward Wilkerson of Lafayette 148 New York.  Chenese returned to New Orleans for the Essence Music Festival for a third year and interviewed celebrities such as Anthony Anderson, Faith Evans, Tyrese, OMG Girlz, The Braxons, and many more. While at the Essence Music Festival Chenese re-partnered with Simply Fashion, who not only dressed her for the entire weekend, but gave away shopping sprees to many of Chenese’s lucky fans in attendance. The Louisiana love continued as Chenese was featured on the cover of the People Section in her hometown newspaper The Baton Rouge Advocate with a 2 page spread!

2012 brought lots of international exposure to Chenese as well, with an interview in the Brazilian blog, Garotas Formosas, and a featured on the Hungarian website Femina.hu. She appeared on the cover of the South African publication, Tropics Magazine 2nd Anniversary Issue, and ended the year with a bang on the cover of the December issue of Vice Magazine UK 10th Anniversary Issue.  Vice Magazine passes out over a million copies of every issue around the world, spanning 28 countries!

Exciting things are already scheduled for 2013, make sure you visit www.CheneseLewis.com to stay up to date!